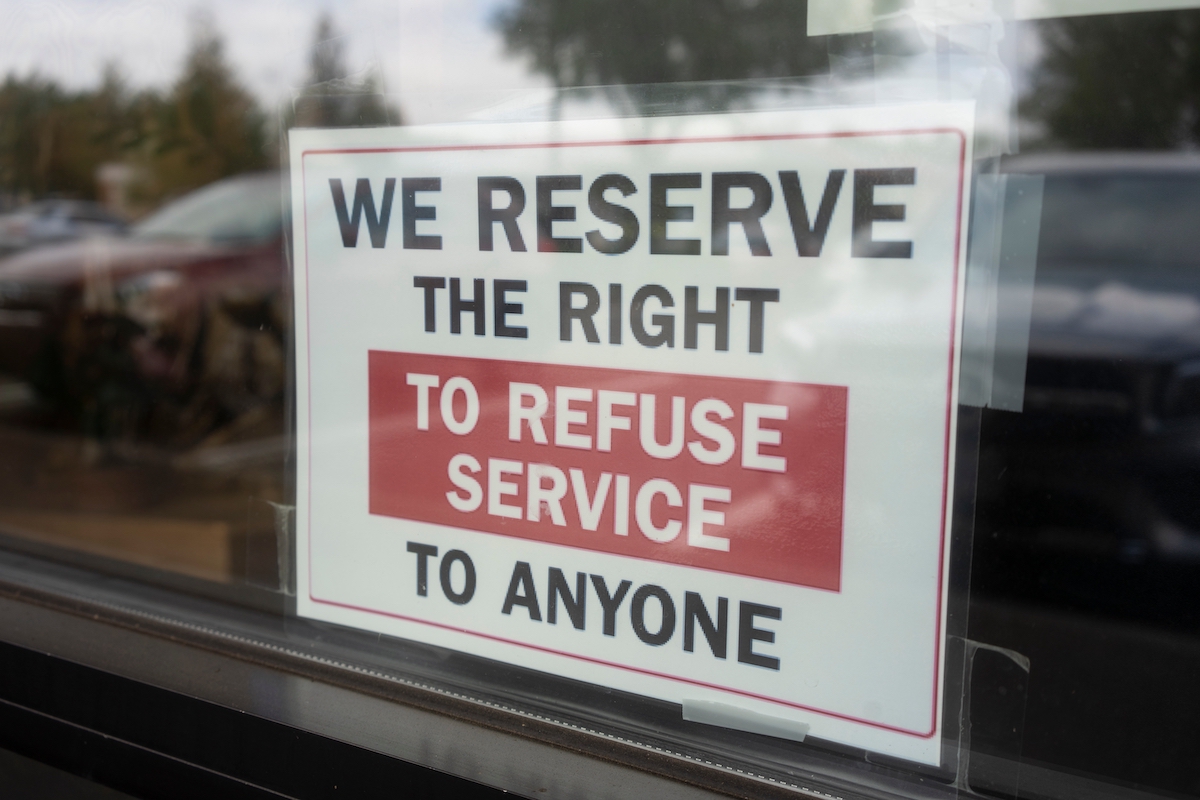 Does my business reserve the right to refuse service to customers?

A discrimination lawsuit is one of the worst fears for business owners that serve the public. No one wants to earn a reputation as discriminatory. But removing customers is a part of service life.

Business owners have to discern the legitimate reasons for removing patrons who are endangering their staff and guests. There’s always a danger that these customers feel slighted. Without small business insurance, those customers’ lawsuits can easily undermine an independent business.

Whether you can refuse service to a customer has a lot to do with why you’re removing them. Let’s break it down.

What is the right to refuse service?

Federal law in the U.S. indeed says businesses have a right to refuse service to anyone. Here’s the catch: They can refuse service unless the company is discriminating against a particular class under federal, state, or local law.

Thanks to federal laws like the Federal Civil Rights Act of 1964 and the Americans with Disabilities Act, no state that serves the public can discriminate based on:

These laws cover “places of public accommodation”—private businesses that regularly invite the public into their establishments. That includes places like restaurants, bars, hotels, stores, theaters, and banks.

In one famous Colorado Supreme Court case, a wedding cake baker was permitted to refuse service to a gay couple. Colorado also had a non-discrimination law, including sexual preference at the time. However, the Supreme Court found that while the baker did need to serve gay couples, but was not obligated to express pro-gay messages.

Two states have laws prohibiting anti-discrimination ordinances at the city or state level: Arkansas and Tennessee.

Many other states have state and municipal laws prohibiting discrimination against more groups than the federal ordinances cover.

Lawful and unlawful discrimination: Parsing through the differences

Some discrimination is legal, although it might damage your reputation. Remember the case of Donald Trump’s press secretary being refused service for her political affiliation with Trump at a restaurant in Virginia? The Red Hen’s co-owner, Stephanie Wilkinson, told Sarah Sanders to leave because she worked for Trump’s administration and defended his “unethical” policies.

Had the incident taken place in Washington, D.C., it would have likely been illegal. The District of Columbia has an anti-discrimination law covering political affiliation.

In Madison, Wisconsin, it most certainly would have been. The city’s broad non-discrimination clause defines political beliefs and physical appearance in its law. Political views can include “opinions, manifested in speech or association, concerning the social, economic, and governmental structure of society and its institutions.”

Its nod to clothing non-discrimination would further make discrimination based on political expression a no-go in this city by the lakes. That likely means refusing service to patrons in “Make America Great Again” (MAGA) hats would be illegal in Madison. However, that particular court case took place in New York, and the wearer lost his case.

Here’s a related example: In 2014, Hasidic Jewish businesses in Brooklyn faced scrutiny for discrimination based on religious beliefs when they demanded no sleeveless or low-cut shirts from customers. Courts found the dress code acceptable. They concluded it was no different from those at the Supreme Court, which requests formal dress to promote the dignity and stature of the court.

Are your business’s policies on dress known religious symbols like burqas? Don’t discriminate. Is the line blurrier, as with the MAGA hat? The bar is murkier. If your refusal could be construed as stemming from discrimination against a protected class like skin color, you’re risking claims of unlawful discrimination.

What’s the difference between refusal of service and discrimination? Behavior.

What are some reasons a business might refuse service?

Here are some other examples of lawful discrimination:

Can a business refuse service to someone if the person is a minority? Yes. But not on the basis of race or any other protected status. No one should make your business an unsafe place for your staff or other customers.

What are some examples of unlawful discrimination?

Here are some situations that are clear examples of unlawful discrimination:

How do I handle refusing service?

Refusing service for any reason isn’t a tactic for making friends, so most business owners hesitate to make a scene by refusing service to guests. But if a customer is escalating their behavior and disrupting other guests, it may be time to ask them to leave. Before you do:

How to refuse service to intoxicated customers

It’s uncomfortable to turn people away, especially when they’re members of a specific group that is legally protected. But their behavior, not membership in that group, should dictate your policies.

Keep your business protected with clear guidelines about when it’s appropriate to refuse service, and back your business with small business insurance from Huckleberry. You can have a quote in less time than it takes to grab a dog biscuit for that service pooch that just came in. 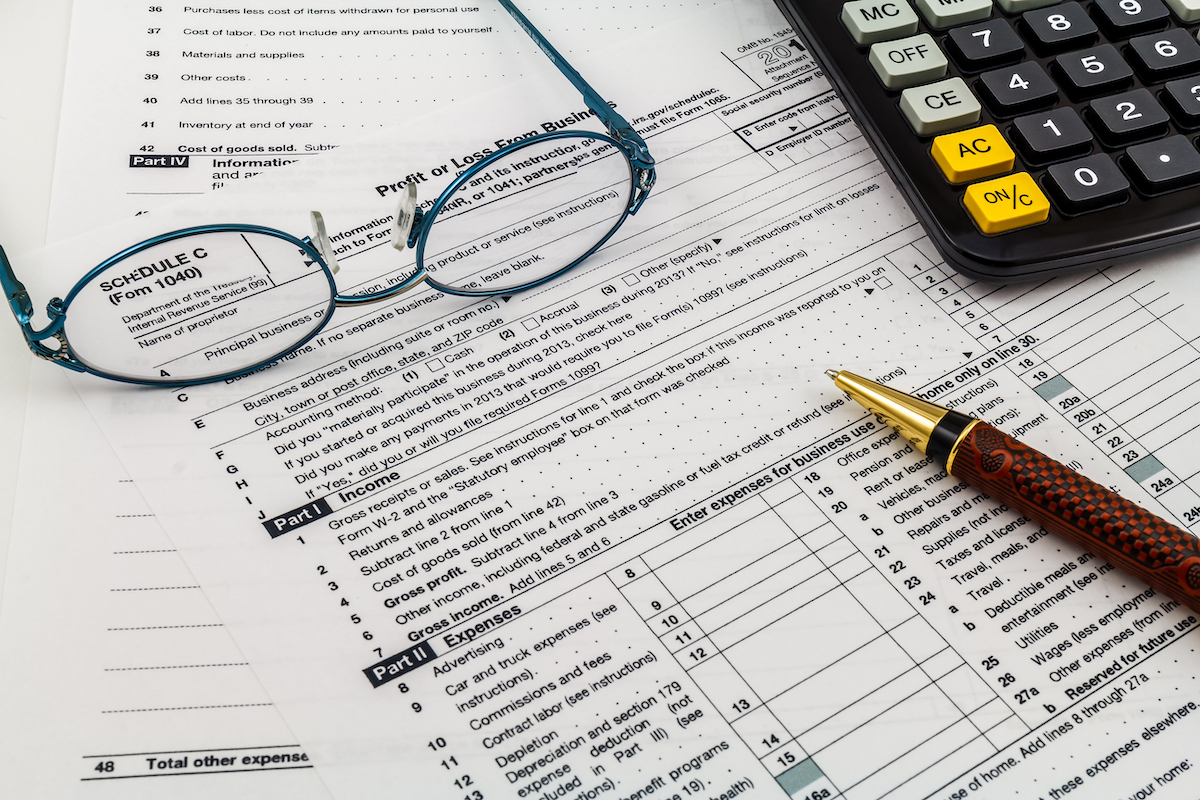 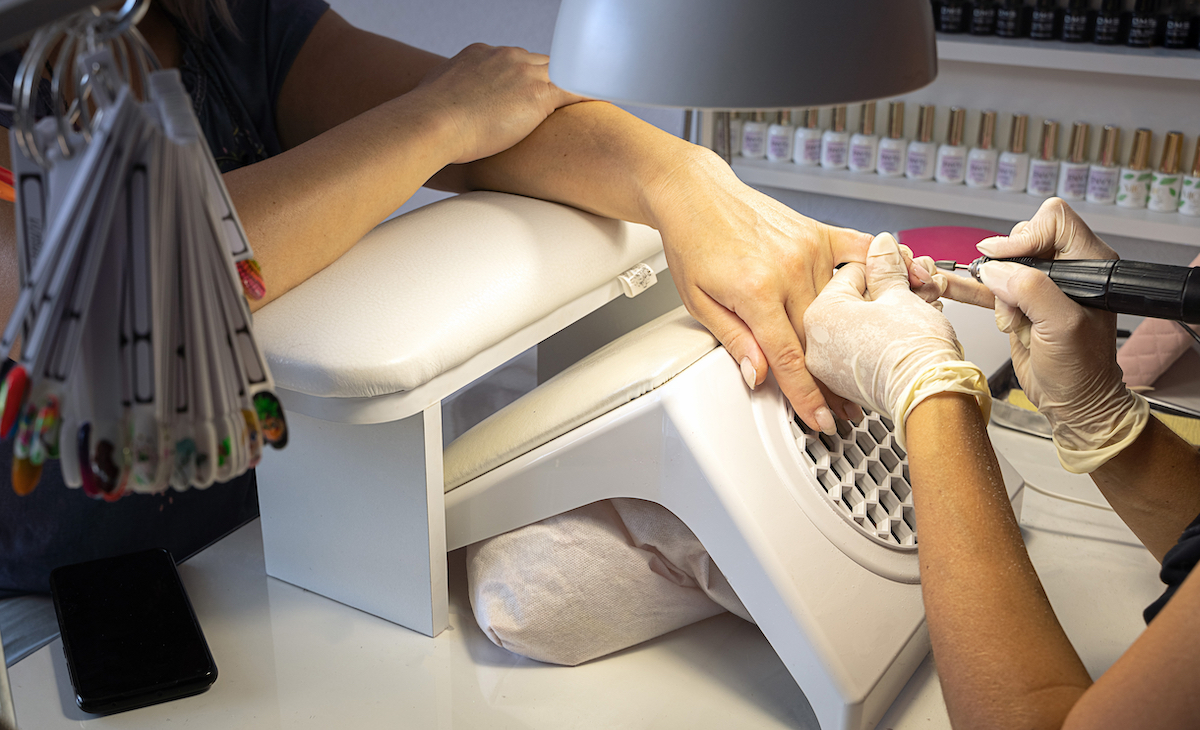 How to get a nail tech certification in 2023 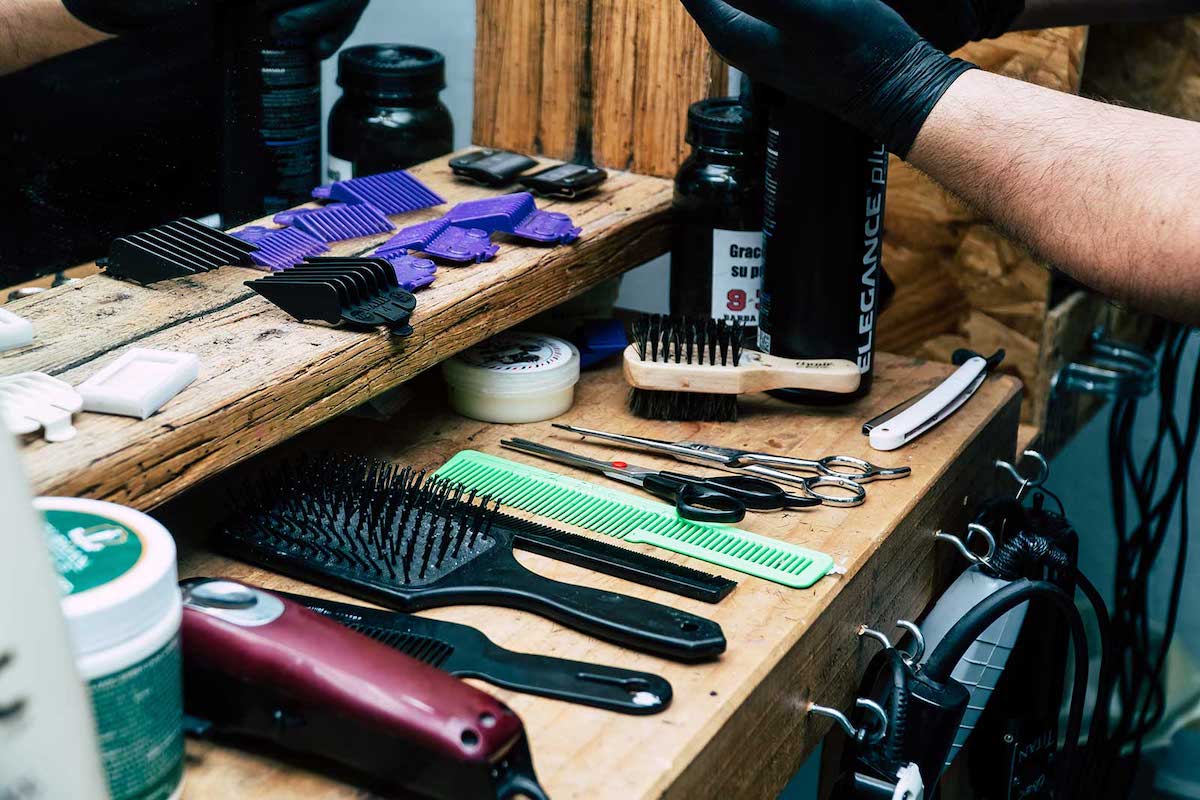 Barber vs. cosmetologist: Differences in education, licensing, and more